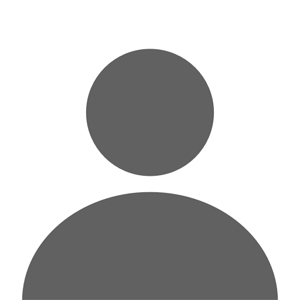 I have tried to update this page quite a few times recently, but I haven't been able to put all my thoughts together.  Honestly, I'm still not sure I am able to do that right now, but it's time.  This year and every year that follows will be a bit different.

If you have visited my page in previous years, you know I talk about the one and only Brittany.  To catch up anyone who may be new here, Brittany is a fierce warrior who happens to be a former student of mine.  She was diagnosed with pediatric cancer and became a St. Jude patient after she finished high school.  Over the past decade, our paths continued to cross and Brittany became the driving force behind my decision to become a St. Jude runner in 2015.  Every year, I start this page with a quick introduction to Brittany's Battle and I catch my regular donors up on how she is doing.

This year's update is so darn hard.  Two weeks ago Brittany was scheduled to have surgery on a tumor that was causing some havoc.  However, she decided her battle was done.  Instead of surgery, she chose to go home on hospice and just two days after that decision, she passed away in her sleep, at home, surrounded by the family she loved so much.  Four days ago, I returned to the small town where I used to be a school counselor.  That same small town where I first met the force that was Brittany.  I will never forget the day that girl stepped in to my office and told me how things would be.  I was fresh out of graduate school, experiencing extreme morning sickness with my third child, and I remember thinking - what in the world have I gotten myself into?

Last week, I made the trip back to that small town and realized I haven't been there in years.  Usually, I visited Brittany while she was at the hospital, not at home.  Needless to say, I wasn't prepared for the rush of emotions and memories that hit me as I made my way through town to the church and the cemetery.  Four days ago, I stood in the cold with so many others, tears streaming down my face, at Brittany's funeral.  It was surreal.  Actually, it still is.

I know that Brittany's fight is done, I know she finished her battle on her terms and that she wouldn't have finished it any other way.  I know she is at peace, her pain is gone, and that she is smiling down on me and likely laughing because she hates running.  I know she fought as long and as hard as she could and I am so darn proud of her.  And, I'm so thankful that she was able to choose to decide it was time for her battle to be over.  See that's the thing about Brittany.  She was a bit headstrong - in the best way possible.  She called the shots.  She had her ups and downs, but she never let cancer define who she was, who she could be, and she never lost her spirit.  She still had that same spunk that I first encountered in 2010 regardless of where she was in her battle.

So, while this year's update on Brittany is not the update I imagined and I'm still struggling to put all the words together in a way that makes sense, my determination to continue for her is stronger than ever before.  Brittany remains my biggest inspiration and she has a permanent spot in my heart.

Even though this is a running event, it's really about fundraising for St. Jude.  Why is the fundraising so important?  Because of generous donors, like you, St. Jude can continue to ensure that...

St. Jude won't stop until no child dies from cancer, and neither will I. So despite my heavy heart, I am choosing to continue for kiddos like Britt, so that they have a chance to fight their battle and call their own shots.  And so that their families are taken care of during their fight.

Please help me continue the fight against pediatric cancer by supporting St. Jude.  Every donation, every single one, makes a difference.  And there is no better time to donate than right now.