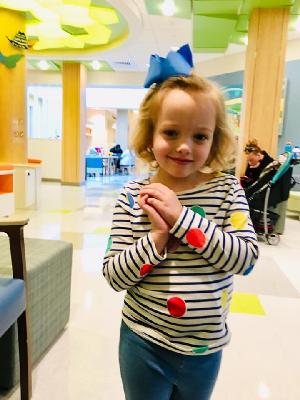 This is Lily's Story from a her mother's perspective. This is why we Run 4 Lily!

Together, our team wants to do more than run. We want to work to support the live-saving mission of St. Jude Children's Research Hospital.

We're fundraising while we train for our race so we can make a difference in the lives of kids with cancer and other life-threatening diseases.

Join our team and help us reach our fundraising goal for the kids and families of St. Jude!

Is this your team? Please contact us if you'd like to be team captain. As captain, you can add a special message or team photo to this page.