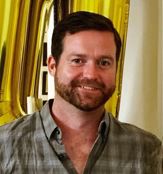 Hi my name is Andrew Kehoe and I am running the 2021 NYC Marathon as a Hero for St. Jude. Here are three stories about some beautiful people that have inspired me in more ways than one and have led me to run for such an important cause. Cancer is a nasty creature and needs to be fought on all fronts. If you can, please consider contributing; you don’t know how much it would be appreciated. Even the smallest amount can make a huge impact. If you aren't in a position to help out financially - I know the past year and a half has been rough for all - please share my link with as many friends, family members, and strangers that you can!

Here is my first story and team member: Finn Blaylock

This is from his father, Ron:

“Finnian Jude Blaylock was just seven years old when he was taken from this world. He was a beautiful soul-a blessing to all that knew him. He spent the last 15 months of his short life battling a rare form of medulloblastoma, a severe brain and spinal cancer. When diagnosed, doctors did not think he would make it to the emergency of the week. He fought with unmatched bravery and determination of spirit for well over a year, defying all odds. Finn was born in Jackson, MS to Ron and Lindsay Blaylock. He attended St. Luke’s Preschool in Fondren. He was a proud St. Richard Catholic School second grader. He was a long time member of the Sea Lions/Sea Urchins Swim Team and a parishioner at St. Richard Catholic Church. Finn found his greatest joy in the outdoors and in every tree and trail he could find. In his seven short years, he visited 14 National Parks across this beautiful country, becoming a Junior Ranger at several. Finn hiked the lava tubes beneath Mount St. Helens, explored the trails of the Grand Canyon, camped beneath the Redwoods of California, swam in both the Atlantic and Pacific oceans, and so much more. He liked best of all his beloved Linville Gorge Wilderness of North Carolina. An avid fisherman, he was at home fishing creeks and ponds for bass and brim. He founded #finnsfroghunts, to share and catalog his beautiful frogs, snakes and lizards. He knew a great deal about animals, large and small. He loved spending time with his friends and cousins. He loved Captain America and daytime Mardi Gras parades, as well as his dog, Mick. Finn left the world on August 22, 2019, at home with his parents at his side. Finn is survived by his parents, Ron and Lindsay, his brothers Gabe and Declan, and his sister Susanna. He remains a hero to all that knew him: the toughest, kindest, funniest little boy to ever walk this Earth. He is so deeply missed.”

The second person I am running in memory of is Luca Passoni.

Here are a few words written by his oldest daughter:

"In year 3 of his battle against colon cancer, Luca Passoni learned to love the Central Park running track. Until his very last days, he lived every moment to its fullest. He would run the whole park, despite the exhaustion and pain, and often, would stop at the end of the run to make a painting of the falling leaves on the street. Luca was a loving husband, caring father, and hardworking man. In his life, he not only built a career and strong family in Italy and New York, but he also published a book and painted dozens of beautiful paintings.

His battle with cancer was a long and very hard one, but he never lost his laugh, his passion for life, and his love for his family. We run for him and for all those like him who keep inspiring us with their lives every day. Thank you for teaching us to live with dignity, honesty, and joy."

My final teammate is Tommy Wright.

Tommy is not a survivor of childhood cancer, but his story hit close to home for many of us.

In 2019, Tommy was an otherwise healthy 36-year old adult. He had just made partner at his law firm, enjoyed spending time with his family, and was always active, playing tennis and basketball, and going on runs in his neighborhood. In early 2019, Tommy developed a chronic cough and some discomfort in his chest and arm, which was initially diagnosed as reflux from a hiatal hernia and a sick gallbladder. On June 3rd, Tommy was supposed to go in for surgery to remove his gallbladder and repair his hiatal hernia, but his wife, Courtney, a surgical Physician Assistant, noticed that he was having chest pain and shortness of breath that didn’t fit with his diagnosis. She ordered a CT scan before his surgery that showed a grapefruit size tumor in the right side of his chest above his lung. Instead of surgery, Tommy was admitted to Mississippi Baptist Medical Center where his incredible team of medical providers learned that he had a rare combination of 2 types of cancer: yolk sac cancer and sarcoma. Tommy went through four months of 3 types of aggressive, inpatient chemotherapy to shrink the tumor, before heading to the IU Simon Cancer Center in Indianapolis, IN for further treatment and major surgery with an amazing team of doctors that specialize in rare cancers like Tommy’s. Thankfully the surgery, during which the tumor and 2/3rds of his right lung were removed, was successful and that date, October 17, 2019, still marks Tommy’s “cancer free date”.

During Tommy’s treatment he lost his hair, endured days on end of grueling chemo, and went through a brutally invasive surgery, but throughout it all he amazed everyone with his positive attitude, strength and determination. He would often head out on a long run just days after a full week of chemo, saying that he needed to stay strong and that he was going to run a half marathon after he beat cancer. Because of the after effects from his surgery, he hasn’t been able to reach that goal, yet, but today Tommy is doing remarkably well and is still cancer free! He still enjoys playing tennis, watching his MSU Bulldogs, and hanging out with his wife, family and friends. Most importantly, Tommy is incredibly excited about becoming a Dad to a precious baby girl in early 2022.

I am a St. Jude Hero! I have chosen to run for a reason bigger than myself by fundraising for the kids and families at St. Jude. I am training to cross the finish line on race day and with your donation we can cross the fundraising finish line together because the money you donate helps find a cure for childhood cancer. Did you know: Families never receive a bill from St. Jude for treatment, travel, housing or food - because all a family should worry about is helping their child live. Treatments invented at St. Jude have helped push the overall childhood cancer survival rate from 20% to more than 80% since it opened more than 50 years ago. St. Jude won't stop until no child dies from cancer. St. Jude freely shares the discoveries it makes, and every child saved at St. Jude means doctors and scientists worldwide can use that knowledge to save thousands more children. Donate today to help me reach my goal. Even when the race is over, the fight to end childhood cancer continues.